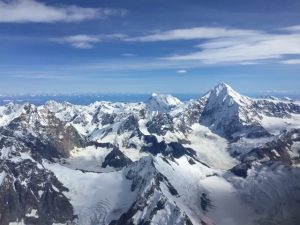 Ueli Steck was a world-renowned Swiss rock climber and mountaineer with multiple major summit climbs, speed records and first-time difficult solo ascents. During the summer of 2015, he climbed all 82 peaks in the Alps higher than 4000 meters in 62 days without the use of motorized travel. He was a legend in mountaineering circles and given the moniker, “The Swiss Machine”. Ueli died falling on the north face of Nuptse, a neighboring peak to Mount Everest during a solo acclimatization climb for his upcoming attempt on a very difficult route on the west face of Mount Everest without supplemental oxygen. Flying at the service ceiling of the other Swiss machine, the PC-12 would barely clear the summit of these imposing mountains.

Babu Chiri Sherpa held two world records on Mount Everest. Having summited ten times, he spent 21 hours on the summit without supplemental oxygen during one of these climbs. He later made the record for the fastest ascent. On his eleventh summit attempt, he fell into a crevasse and died while taking photos.

Making decisions is a very personal and complicated process. Something we have done safely for years could unfold into a disaster if one wrong decision is made. That one bad decision can typically be the first in a chain of events and it may not even seem like a pivotal decision at the time. Sometimes, simple complacency from having done something numerous times successfully and safely can be all it takes.

One of the greatest challenges as a flight instructor is encouraging the mindset of safety in all situations and with all levels of pilot experience. In-aircraft training and simulator training provides pilots with an understanding of their aircraft systems and the emergency procedures that go along with those systems. We always train for abnormal conditions and emergencies to help prepare us for the unexpected should it arise. But, the very best prevention truly comes from pilots who are always operating with a safety mindset when it comes to decision-making and applying flight skills. And the ability to say “NO, the flight isn’t happening now.”, when the boss or family demands a departure.

If what we are doing is starting to look like a NTSB report, it’s time to think twice. We have been around aviation long enough to have been exposed to libraries of articles around Aeronautical Decision Making (ADM), and its importance is just as critical now as it was the first time we read about it. Every pilot has a different tolerance for risk: I am often comfortable with the challenge of flying an approach to minimums, while another pilot may elect to divert, or another might not even depart to begin with. While flying to minimums is normally very safe, there is certainly an element of risk that is involved. Despite years of experience and hundreds of safely executed approaches, my decision to execute that particular approach to minimums will involve all available current information, including an escape route.

The FAA has developed regulations over the years to enforce safer flight operations. Part 135 and 121 operators are regulated by a stringent set of rules designed to protect the traveling public who cannot make informed decisions regarding the outcome of a flight. These rules, to a certain degree, take the power away from the pilot, while at the same time making the decision-making process a bit easier…black and white. Part 91 operators have it harder; freedom mandates even greater responsibility. One suggestion is to create your own personal set of regulations to make your job easier when emotions or external influences threaten to derail your best intentions and override your best skills. Take the time to write down a list of “go / no-go” criteria based on your experience and level of acceptable risk, that cannot be broken – period. When you create your personal guidelines, imagine that a FAA examiner were sitting alongside on a checkride.

I remember early in my Pilatus career landing at a remote airport with plenty of runway length and width. Only after landing did I discover the almost non-existent ramp lined with Cessna 152’s did not give me an option to exit the runway. The situation required me to shut down on the runway and recruit a few student pilots to help me push the relatively massive PC-12 into a tiny corner of the tiny ramp while numerous airplanes were forced to circle the airspace overhead. A call to the airport manager would have saved a lot of trouble and embarrassment. My checklist expanded.

If your own Pre-Departure Checklist is not satisfied, be ready to delay or cancel your flight. This list can be used as a “PRE-preflight” checklist prior to every flight, just as you would use any aircraft checklist or Kinds of Operational Equipment List if you have a component failure.

We will never know what pivotal decision “The Swiss Machine” or Chiri made to start the chain of events that led to their death. With a mindset of safety, proper due-diligence, a guideline to help in the decision-making process and the ability to say NO, risk can be effectively minimized. 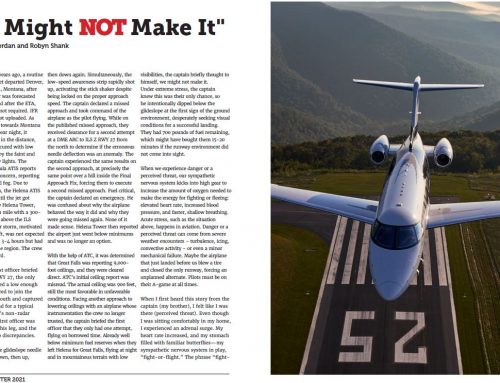 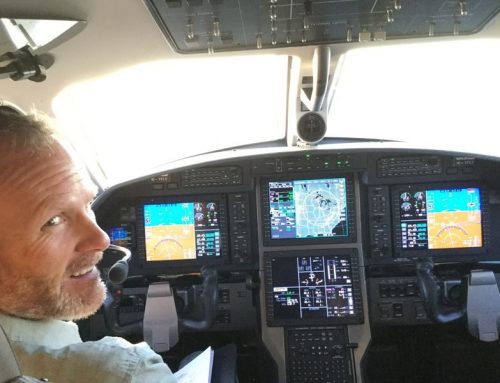